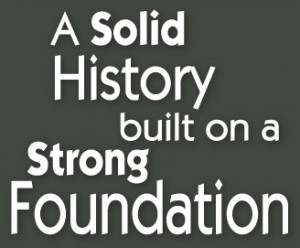 When slavery ended, African Americans across the South began to define for themselves what freedom meant. Generally, they looked for a way to make a living, a way to educate themselves and their children, and most importantly, they sought the opportunity to worship God in a way that acknowledged their cultural and spiritual values. This was certainly true of the newly freed men and women in Ashland who founded Shiloh Baptist Church, known alternately in the record as Shiloh Freedmanís Church and Shiloh Church. While the exact date of the founding is not known, we know that a school was opened at Ashland under the patronage of the American Baptist Home Society and housed at Shiloh Freedmenís Church in October 1866, and by December the school boasted 102 students. The Shiloh Freedmanís Church employed an unnamed black man who had been a teacher in Richmond. He charged each student fifty cents each month. We also know that the Rev. Burwell Toler, the first pastor of Shiloh, united Philip Eddleton and Peggy Ann Burwell in Holy Matrimony on December 17, 1866. In 1877 the Trustees, with the backing of the church body, purchased the current site from Mr. & Mrs. M.E. Cox, and Shiloh became a vital part of the Ashland and Hanover communities. The church was the site of fundraisers that kept the schools for black children open, and it was used for baccalaureate and graduation exercises for the Hanover County Training School. As the largest black-owned facility in the area, Shiloh was quite often the site of fraternal society conventions and special programs such as Tuberculosis Clinics and National Negro Health Week activities. Shiloh Baptist Church has a strong history of service to the Lord, Ashland, and Hanover and continues to be a light in the community welcoming all who enter.

SBC has a number of active ministries! We encourage you to use  your talents and gifts for the uplifting of His Kingdom. Whatever your gift, there is a ministry here for you.