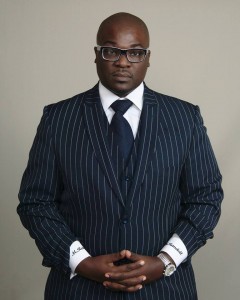 Raised in Albany, NY,  he is one of  two children born to Mr. Kenneth and Joyce Williams.  He attended school in the Albany and Troy school districts. He received his diploma in June of 2000. Rev. Williams gave his life to Christ in April of 1998.  While attending Union Baptist Church in Albany, NY he announced his calling to ministry in January of 2001. In August of 2003, Rev. Williams began his collegiate journey at the Practical Bible College in Johnson City, NY.  While there he attended the Beautiful Plains Baptist Church and aided in teaching Bible study to the youth and helped with the music department. In 2005, Rev. Williams was given an opportunity to complete his degree at Mid-America Christian University in Oklahoma City. While there he was a member of the Church at Berea in Spencer, OK.  There Rev. Williams led Worship, taught Bible study, worked with the music and teen ministries. In spring of 2008, Rev. Williams became an Associate Minister at the New Union Baptist Church in Oklahoma City, OK. It was there Rev. Williams worked with the homeless, aided in the seniors’ ministry, sick and shut-in visitation and preached the early morning services. In 2009, he was honored to have his childhood pastor bestow upon him the certificate of License to Preach. Later that year he completed his Bachelors of Science degree in Specialized Ministries with an emphasis in Christian Education and Family Life Ministries. 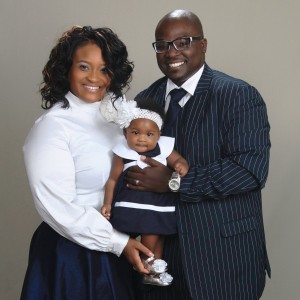 In 2011, he was chosen by the National Baptist Convention USA, Inc. as one of two candidates from across the country, to serve in a Student Seminary Internship. This took place in Birmingham, AL. While there he became a member of the Bethel Missionary Baptist Church. As an intern he worked along with Counseling ministry and Missionary department. He also met and married his wife Lady Temeka B. Williams. In 2012, he relocated to Richmond, VA to attend the Samuel Dewitt Proctor school of Theology at Virginia Union University. He served as a student intern at the Fifth Baptist Church. In June of 2013, he was called to Pastor the Ebenezer Baptist Church of Goochland, VA. He worked with local political leaders and school districts to advocate for minority youth. Rev. Williams and his wife are the proud parents of a daughter Tia Leigh Williams. Rev. Williams favorite scripture is Luke 4:18-19 “The spirit of the Lord is upon me because he has anointed me to preach the gospel to the poor; he has sent me to heal the brokenhearted, to proclaim liberty to the captives and recover of sight to the blind, to set at liberty those who are oppressed; to proclaim the acceptable year of the Lord.”

SBC has a number of active ministries! We encourage you to use  your talents and gifts for the uplifting of His Kingdom. Whatever your gift, there is a ministry here for you.